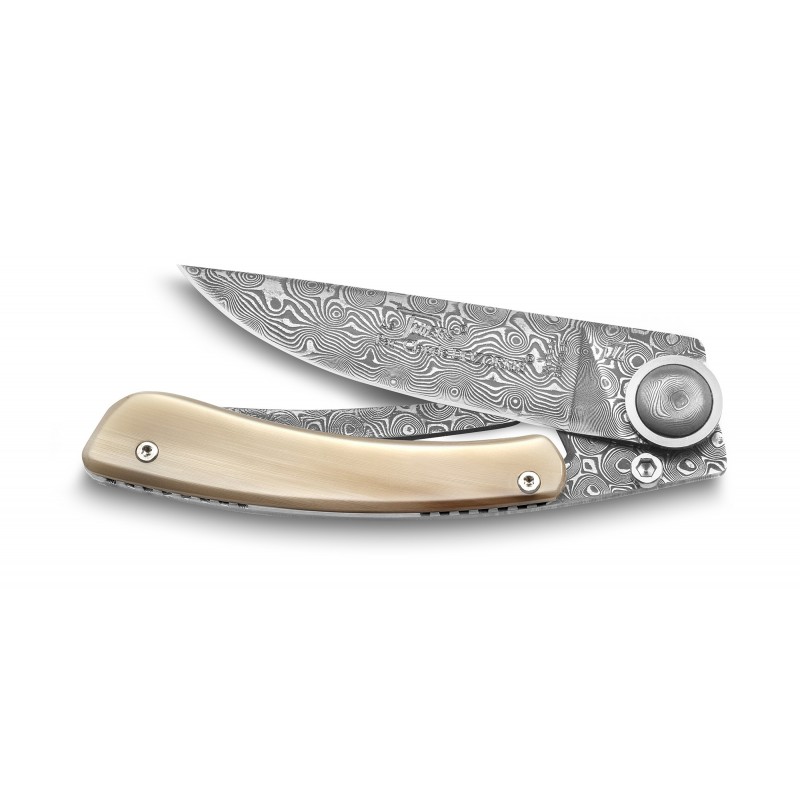 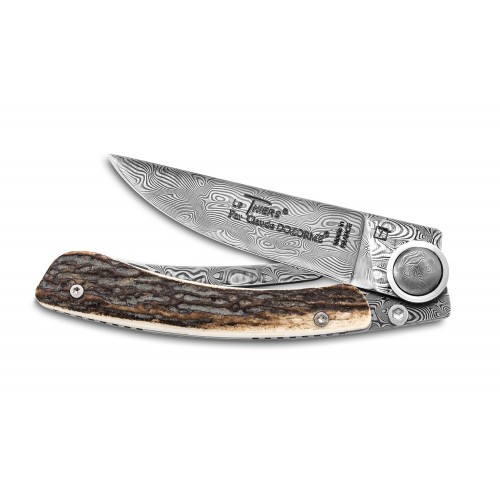 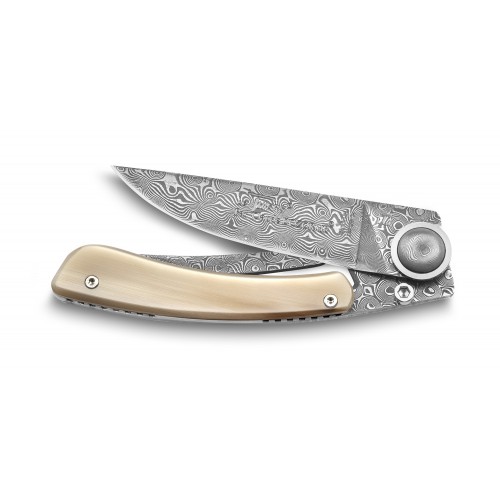 Due to summer holidays at our factory, products ordered with a personnalisation will be shipped the 4 januray

This Le Thiers® pocket knife is a true collector’s item, designed with aesthetic and quality materials.

The most striking is its 120-layer Damascus blade whose arabesques bring a lot of originality and elegance to its design. Its handle is made of ram horn, light horn or stag horn for even more authenticity.

But that’s not all, since it also has the Thiers shape which is manufactured only in the Thiernois basin according to a strict specification. This form is the spokesperson for the city of Thiers, the French capital of cutlery!

In addition to its aesthetics, this folding knife is also very practical since it is ultra light and flat. It will accompany you everywhere and will store very easily, with discretion.

Equipped with a Liner Lock opening system, its blade locks during the opening for a very secure knife.

This 100% French knife was made in the workshops of the Claude Dozorme Cutlery, with a lot of passion, by skilled craftsmen.

Our Made in France knife, unique with its Thiers shape and Damascus blade, is sold by La Grande Coutellerie and manufactured in our cutlery workshops in Thiers.

Because it fits perfectly to a gift, we deliver it in an oak wood box with a warranty certificate and a leather protective case.

This folding knife is equipped with a Liner Lock opening and closing system, very secure. The protection of the wire of its blade is done by the side.

Product Details 
Those products may also interest you 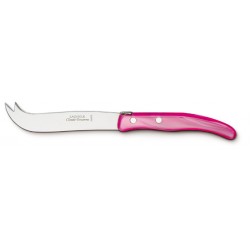 The cheese knife has a double-pointed curved blade. It allows to cut and then prick the piece to put it on its plate
Available in several colors
Price €17.50 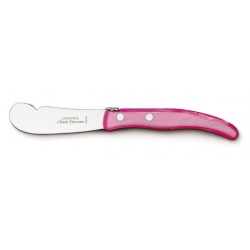 The spreading knife makes it easy to spread bread or brioche slices with butte, jam or spread dough thanks to its rounded blade.
Available in several colors
Price €17.50 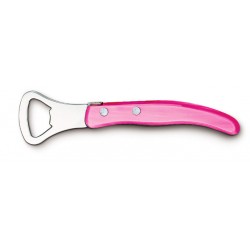 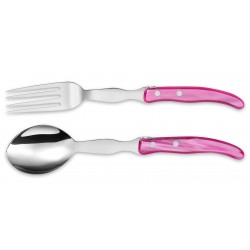 The large fork and spoon will allow you to serve your dishes with simplicity, while forming an elegant, colourful and modern table.
Available in several colors
Price €47.00 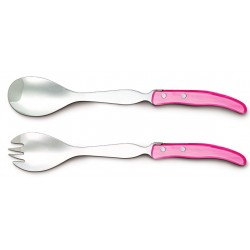